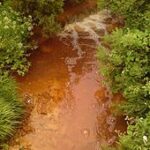 In the past sixty days, news of three separate water crises came to my attention. Three different problems, three different locales.  It’s easy to look away and say “it won’t happen here”…but who knows?  Why not be prepared by putting a Multipure Water Filter in place now BEFORE it happens where you live.

First, I got some distress calls from two of my customers in Wellesley Massachusetts.  The town had discovered e-coli (a bacteria) in the their tap water so they issued a “boil order” alert.  They cautioned residents not to drink or bathe or even brush your teeth in the water.  Several days later they lifted the boil order alert, and I would bet they had added much higher levels of chlorine to solve that problem.  Multipure systems are certified for chlorine reduction and I have personally seen independent tests showing e-coli and coliform reduction with Multipure (although NSF itself doesn’t do certification testing for e-coli).

The presence of E. coli suggests that human or animal waste contaminated the water, officials said. The bacteria can cause diarrhea, cramps, nausea, and headaches and poses a heightened risk for infants, young children, some elderly people, and those with severely compromised immune systems.

Then I heard from a customer on Cape Cod in Falmouth, MA who received a warning by her town about high levels of chlorine byproducts and haliocetic acid, chemicals linked to miscarriages, stillbirths and other problems.  Their tests showed more than 90 parts per million, and EPA standards consider more than 80 to be an unacceptable risk.  Again, I advised my customer that she was protected because she had a Multipure, and it is NSF certified for those contaminants.

Here is an excerpt from an official warning:

“The Falmouth Board of Health is cautioning pregnant women in their first and second trimesters about a drinking water test result that could affect their babies’ birth weights and increase the risk of early deliveries.

Jed Goldstone, the board chairman, said water tests last fall showed increased levels of two byproducts — trihalomethanes and haloacetic acids. Both result from the chlorine treatment used on Falmouth’s drinking water to kill pollution from Long Pond, which serves as the source of most of the town’s water.

Tests showed levels of either trihalomethanes or haloacetic acids were above the limits set by the U.S. Environmental Protection Agency at two testing sites. 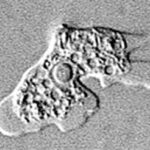 Finally I read a disturbing news report about a “brain-eating bacteria” discovered in the drinking water of a Louisiana parish.  The officials there said that the bacteria can flourish in untreated water, so they treated it by dumping chlorine into the supply.  While there is no current testing or certification for that bacteria, we do know that Multipure is certified to reduce parasites and cysts which are even smaller and more common than that bacteria so it is likely that Multipure’s solid carbon block filter would work.  And once again, we are certified to reduce the subsequent chlorine and its byproducts.

NBC news:  “A rare and deadly brain-destroying amoeba was found in a parish water supply in Louisiana, officials said early Thursday, although there were no reported illnesses. The Naegleria fowleri bug was found in the water system serving 12,577 people.

The bug thrives in warm, untreated fresh water as well as hot springs and hot water heaters, according to the Centers for Disease Control and Prevention. It has also been found in untreated swimming pools. Infections with Naegleria fowleri are rare, but they are almost always deadly. Some 132 people are known to have been infected in the more than 50 years from 1962 to 2014, but only three survived, the CDC reports.”

This year there were major water crises in Toledo OH,   in Portland OR, in Charleston, WVa, and near the Dan River NC.  Algae, chemicals, bacteria.  Believe me, these are just the tip of the iceberg.  Unfortunately, as we say in show business, coming soon to a theater near you!  Act now.