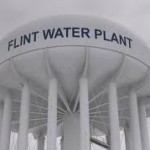 The story of lead poisoning from water pollution in Flint Michigan has dominated the news cycles. Cover story on Time Magazine (Feb. 2016), Rachel Maddow, cable and network TV news, public radio. We’ve all been familiarized with the unfolding tragedy.   Because so many people have been affected, this may be the biggest water pollution story ever, bigger than Woburn, Love Canal, Milwaukee, Camp Lejeune, Gold King Mining spill, Charleston WVa and so many more.

Rather than repeat facts that are already well-known, I wanted to share some of the lessons we can all learn from what happened and is still unfolding: