“Bottled vs. Tap” Misses the Point! 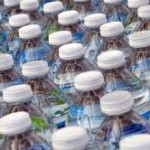 I’ve been biting my tongue for several years now as I observe what I consider a phony debate between advocates of tap water vs. bottled. Around the country there is a movement to ban the sale of bottled water.  This is an argument that has a certain cache of environmental chic, an appeal to eco-conscious millennials and the lifestyle avant-garde. It goes something like this:

“Bottled water is an environmental disaster. All that plastic ends up in landfills and oceans and costs consumers a thousand times more than tap water. It is poorly regulated, inadequately tested and unnecessary. Tap water on the other hand is the sensible alternative. It is safe, constantly being tested by regulators and costs far less than a penny a gallon. What a deal! In many taste tests, consumers actually prefer the taste of tap water.” (New York City water is often cited as an example).

I must admit I enjoy the bottled water bashing. It is certainly a worthy target for environmental contempt. I once heard a joke: “What does Evian spell backwards?…Naive!” I understand the propaganda value for our water utilities to try and wean people off bottled water and tout the superiority of their municipal tap water.

So what is my problem? Why the tongue-biting? For one thing, tap water has a long history of pollutants, inadequate regulations and adverse health effects. Anyone following the Flint Michigan story and the stories of similar pollution around the country ought to think twice before jumping on the tap water bandwagon. Most municipal tap water is chlorinated, which affects taste and carries its own health risks. A million miles of lead pipe still exists under our cities and towns.

Ultimately, why do folks ignore the actual alternative that does make sense: point-of-use water filtration?

The debate is framed incorrectly: We shouldn’t be debating bottled vs. tap as if those are the only two alternatives. The best way for people to experience healthy, good tasting water at a good price is with a Multipure Drinking Water System. At 9 cents per gallon, this water is a better deal than any bottled water and most other water filters. And the extensive NSF certification for Multipure covers all of the major health contaminants that sometimes show up in tap water: lead, chemicals, parasites, chlorine, chlorine byproducts and many more.

When you hear that argument of tap vs. botted, remember that NEITHER is the sensible answer. Multipure is both environmentally friendly and financially affordable. Be smart, be safe. Make the switch.